Motion Simulator is a sophisticated device truly simulating the real forces experienced by drivers during a car ride. The feelings of real acceleration, braking, weight transfer and leans in turns are achieved by the elaborate movements.

The device is capable to simulate G-forces of up to 2 G.

Software support is provided by PC games, focused on a realistic rendition of the physical models of respective cars. Front or rear-wheel drive or even four-wheel drive feels just as in the reality. The software is adjusted to precisely copy the data from the game and to project them into the movements of the device. The overall impression is ensured by 3 moving absorbers and a spinning base that can rotate in an angle of up to 180 degrees. The simulator can be programmed according to the driver`s demands from the child-play mode to the pro-driver mode, in which reactions of the device are so sharp and fast that it is necessary to be belt up.

Almost real experience is amplified by a 3D screen technology which can drag you into the action and totally eliminate the external disturbances. 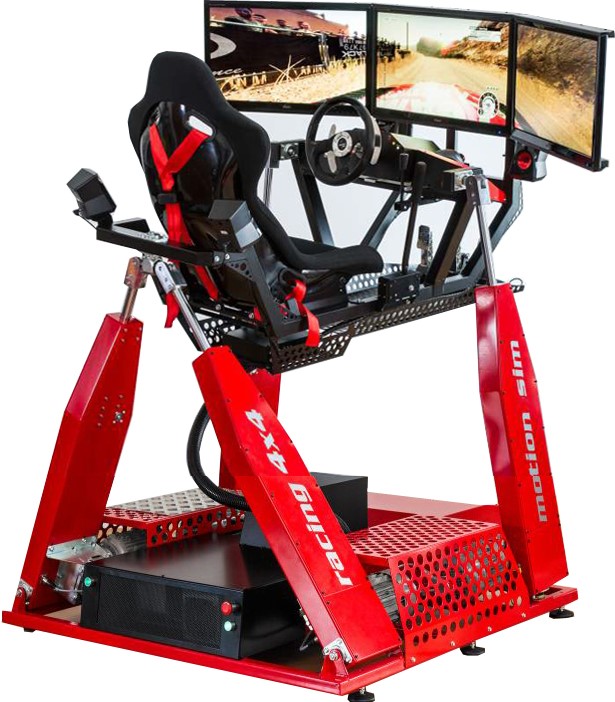 You feel like
you are DRIVING a REAL CAR

Simulator can simulate many types of races: rally, circuit races with a sport cars or special mono posts, a formula, carts, etc., on variety of real and virtual tracks.

Also as a FLIGHT SIMULATOR

We also produce a version of Flight simulator with a special steering wheel (yoke) and pedals like in a real aircraft. 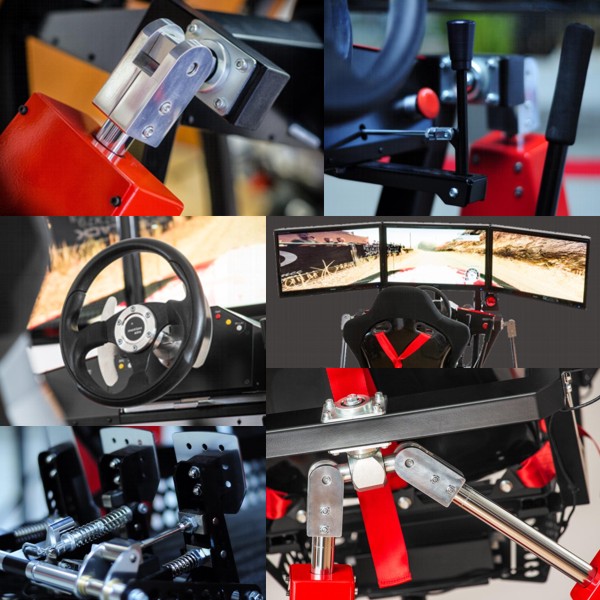